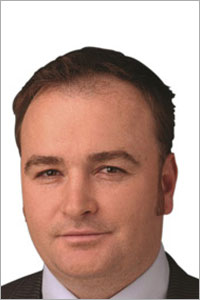 Dan commenced his career as a commercial lawyer over 12 years ago with Wilmoth Field Warne, a 150 year old boutique Melbourne law firm.  He has since undertaken roles as a corporate lawyer for various public companies and acted as a director and company secretary for unlisted public companies.  He has been managing his own private practice since 2009, which became Finch Lawyers in 2014.

Having owned and operated a Mortgage Choice for 10 years he has a broad understanding of franchise development and compliance.  He spent many years in the banking and finance industry and is involved in the management of Finch Finance Group.  As such he can provide a range of tailored solutions for your capital raising, commercial and residential financial requirements.

Jeremy has extensive experience in a broad range of complex commercial and property matters in all manner of legal forums.  His breadth of knowledge and work ethic have allowed him to succeed in a highly competitive industry.  His attention to detail and commitment to achieving outstanding results is highly regarded by his numerous commercial and individual clients.

Prior to joining Finch Lawyers, Jeremy has worked at Hall & Wilcox and Blaak & Associates where he developed a rounded and pragmatic approach to advising on legal matters that is founded on communication and trust.  Jeremy managed his own successful consulting company across Europe.   His experience working alongside blue chip firms like Volvo and the Bank of Ireland provide him with a unique insight into commerce and into developing and maintaining client relationships.  This greatly assists in his ability understand and identify commercial risks and opportunities.

He has coupled his legal career with over half a decade working with the Salvation Army. 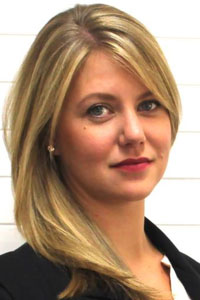 Kat gained employment as a translator and media monitor in Stockholm after completing her Bachelors degree in Editing and Communication in 2000.  In 2002 Kat moved to Australia where she completed a Masters of Communication.  Her work history has included Public Relations and top tier international recruitment.

Kat commenced in the broking industry in 2009 and has moved from Mortgage Choice to Loan Market to ultimately running her own operation.  Kat spent three years running her business out of one of the largest Ray White offices in Australia, which assisted her in gaining a wider and more holistic understanding of the purchase process.  This enables her a broader understanding of how her experience within real estate can assist both purchasers and vendors from the finance side of the process.  Kat has been quoted in several financial media outlets such as Smart Investor and the Financial Review.

Finch Lawyers is a boutique legal practice offering a board range of solutions to our clients needs. We have represented clients in commercial law, litigation, insolvency, family law, mining, banking & finance, property and conveyancing. We pride ourselves on having a strong focus on an expedient and direct service, with tailored solutions for you.